The craft beer industry is highly competitive, which is why breweries often ink partnerships with companies to gain leverage. Usually, these collaborations involve parties that have nothing to do with the beverage, but everything to do with the brand’s values, character and target consumers. These tend to be quite successful, partly due to the unique combinations of ideas. By success, we mean several factors: it could mean that both parties have profited from the partnership in terms of sales, or that the partnership has created buzz on social media or through online publications. Indicators such as likes, shares, comments, search queries, feature articles, continued production and additional projects are used to gauge the reception and demand for the beer products. With that in mind, let’s look at a few examples of innovative marketing ideas for breweries from campaigns that have helped craft beverage brands stand out. 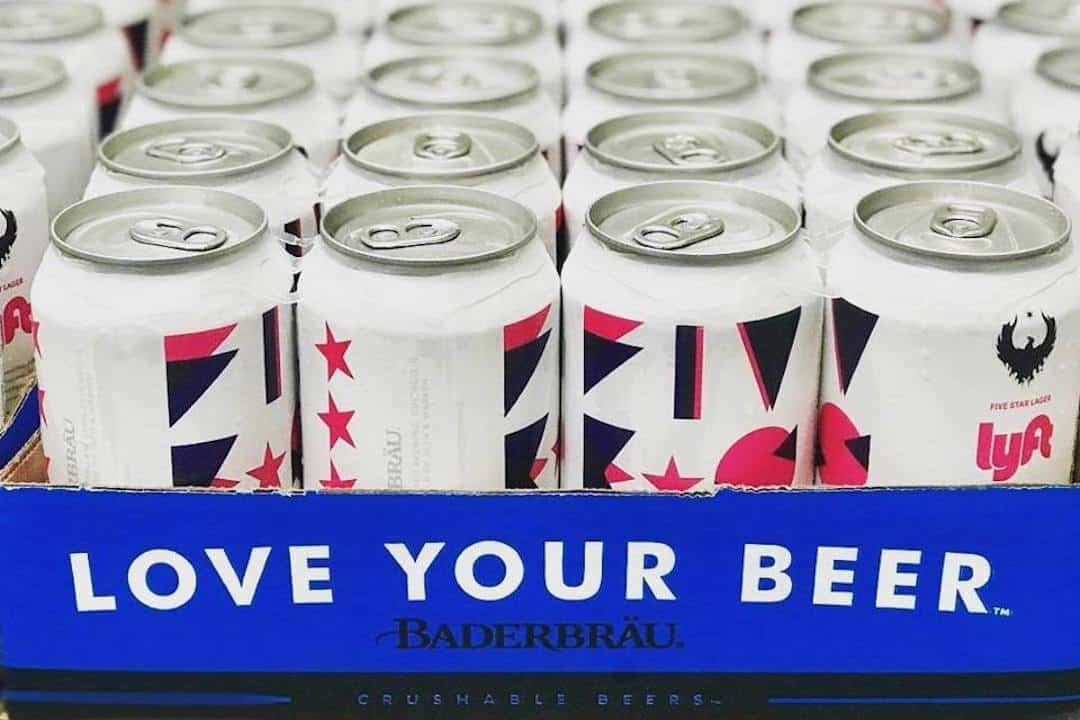 Vehicles and beer are usually a bad combination, but Lyft’s partnership with Baderbrau Brewing doesn’t seem like a terrible idea. The ride-sharing company collaborated with the Chicago-based brewery (and come-back kid!) for a limited edition beer called the Five Star Lager. Fortune describes the lager as a “bright-tasting beer that is perfect for a nightcap”, and may appeal to both regular craft beer drinkers and those new to the scene.

In this deal, those who buy the Five Star Lager can receive up to 60% discount on their Lyft rides, as the team-up aims to promote safe ways for people to get home after a night out. The campaign runs in Chicago and has only released 24,000 cans for market research, but it is already directing a lot of attention towards both Baderbrau and Lyft. The partnership was featured by popular media organizations like Hypebeast, The Chicago Tribune, AdWeek, and Fortune. 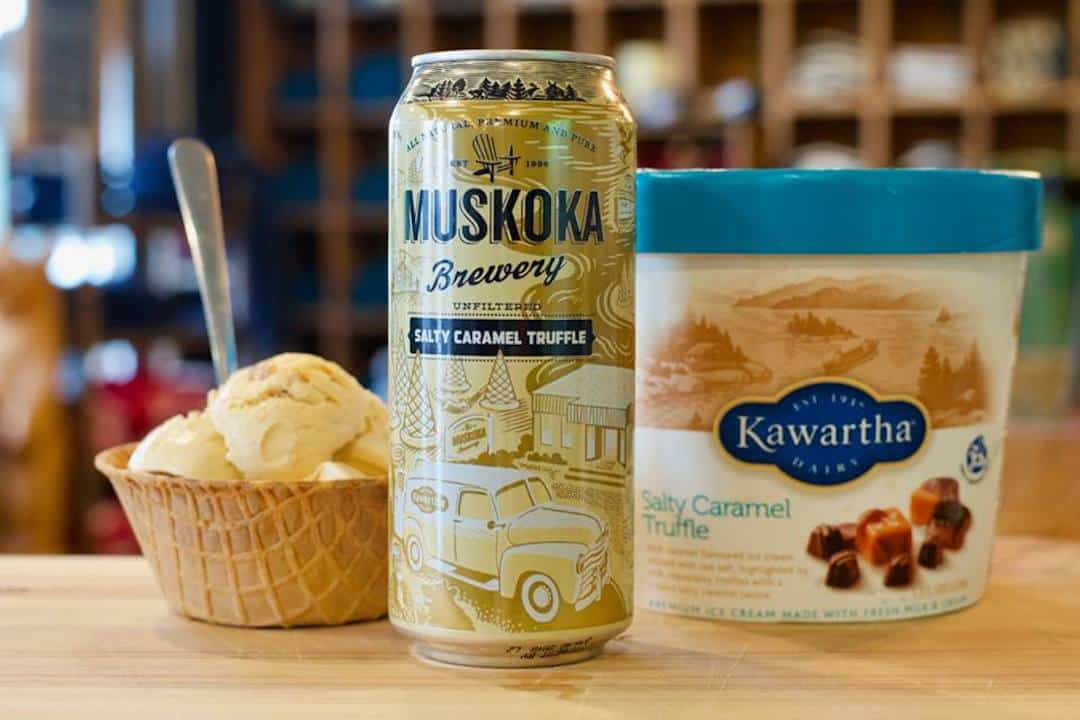 Ever heard of beer that tastes like ice cream? Ontario craft brewer Muskoka partnered with ice cream maker Kawartha Dairy for a new brew based on one of the latter’s popular flavors. This new creation is a bock-style beer that replicates Kawartha’s Salty Caramel Truffle ice cream. The beer has a milk chocolate flavor thanks to roasted malt, and it is also infused with salty caramel for a unique taste. A can of this brew is only available for a limited time, which will likely send craft beer fans in Canada into a frenzy. The brand’s first Facebook post last February about the new product definitely garnered interest with over 500 likes as well as 118 shares and over 200 comments. It also gained the attention of several publications in Canada. 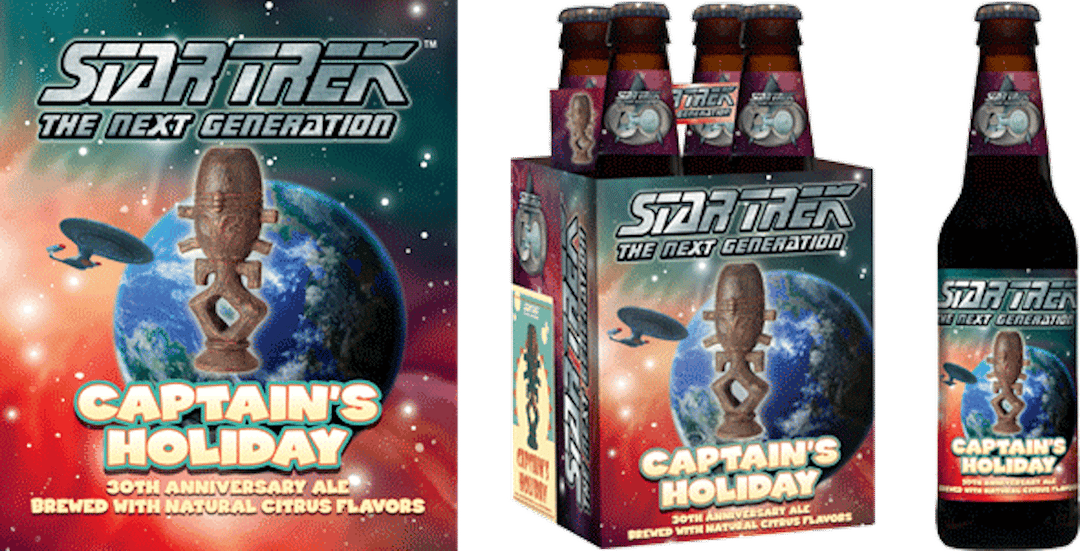 Any product that is attached to a globally popular franchise has good odds of generating high sales. During the last holiday season, Shmaltz Brewing Company launched its Star Trek-themed ale called Captain’s Holiday. The beer is tropical with hints of citrus. Food and Wine claim that the brew’s release is meant to celebrate the franchise’s 30th anniversary, but it is actually not the brewery’s first Star Trek deal. Even before this release, they had already launched another Star Trek-inspired beer called Symbiosis. Both beer labels include images of the Starship Enterprise, which is one of Star Trek’s most beloved icons.

Even casual fans can identify the ship and the franchise. This is why it’s often added to all sorts of Star Trek-related media, for immediate recognition. This rule certainly applies to brands operating in niche markets, since they’ll be using the Star Trek name as a form of leverage. Another case in point is how the online gaming company Slingo launched the Star Trek: Red Alert slot title, which also features the Starship Enterprise. Players can recognize the inspiration for the game even if they don’t see the name or title. Most likely, this is also why the label on Captain’s Holiday Ale has an identical layout. Suffice to say, anything that Star Trek touches almost always seems to turn to gold. As of this writing, Shmaltz has released 6 Star Trek-themed craft beers, which is a sure indication that the partnership is lucrative for their brand. 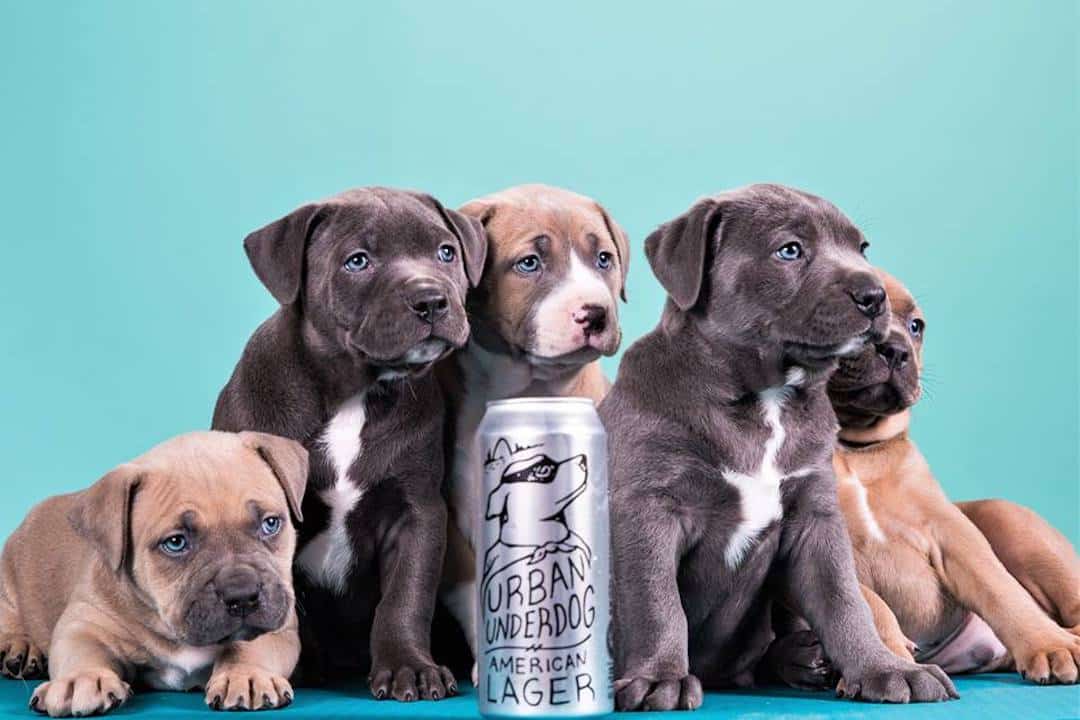 Who would have ever thought about drinking for a cause? That would be Purina. This innovative marketing idea for breweries features the widely popular pet care brand lending its name to one of Urban Chestnut’s brews called the Urban Underdog American Lager. Purina will donate $3 to the Petfinder Foundation for every eight pack of the brew sold in St. Louis. To help market this partnership, Urban Underdog came up with a campaign called “Consider a Shelter Pet” incorporated with the brand’s packaging. The St. Louis Post-Dispatch revealed that Purina plans to donate up to $50,000 so that it can offer $50 subsidies toward pet adoption fees.

The campaign rolled out in August last year but the Urban Underdog will have another expanded distribution in St. Louis this year. With its continued distribution, it’s safe to say that the partnership is doing well for both sides. If you are looking for another reason to drink beer, you can consider finding a good home for pets a pretty awesome choice.

Are Partnerships Right For Your Brewery?

These marketing ideas for breweries created deals that have helped place certain craft beer brands and products on the map. Or, at the very least, spread their awareness to different audiences, creating new fans. For craft breweries who want to collaborate with other brands, remember that it is not only creativity and unique quality that will get people’s attention; the partnership has to be relevant or in sync with recent trends, your brand, and have an intrinsic value to your target customer. For instance, Shmaltz released Star Trek beers right when the franchise released a new show. Meanwhile, Lyft’s beer promo came about after research had shown peak hours for the ride-sharing service during Friday nights and weekends…prime drinking time!

Pursuing these opportunities can be an effective and exciting way to spread razor-thin craft beer marketing budgets to reach more people when done right. And, of course, The Crafty Cask is always happy to consult or assist craft breweries, cider houses, distilleries or wineries as you venture down the path to get your brand more widely known and appreciated. Know of any cool craft beer partnerships that have driven results? Or any that you drinkers would like to see?! Let us know in the comments below. 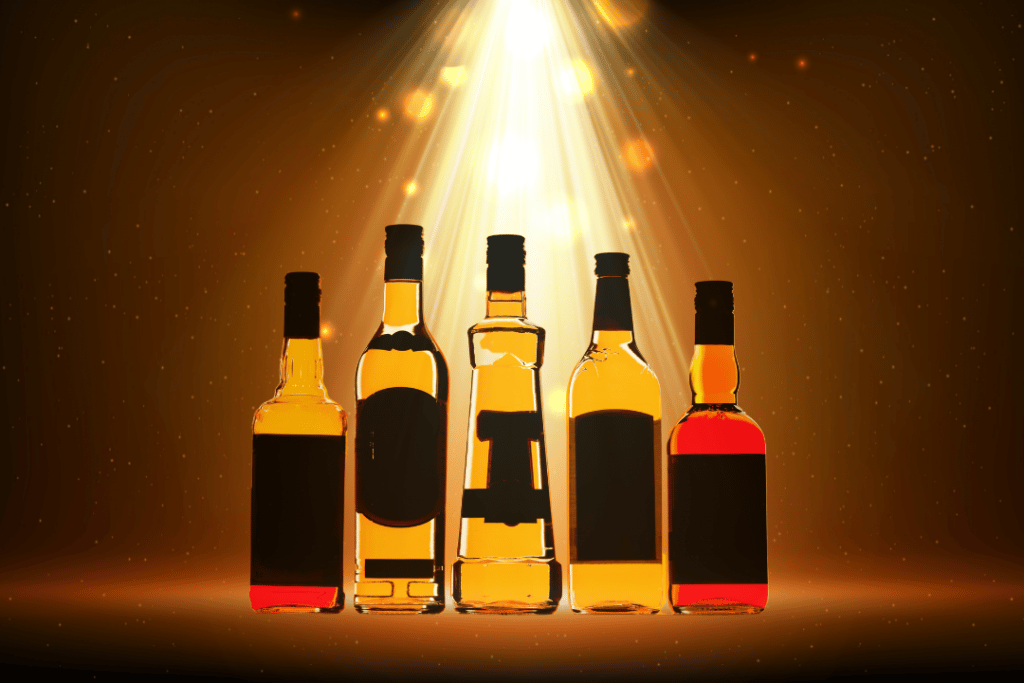 Get Your Craft Alcohol Featured By The Crafty Cask

Get Your Craft Alcohol Featured By The Crafty Cask

There are so many publications out there featuring the "best" booze...but in reality most of the brands featured are owned by the same few major companies. #frustrating We're doing things different here at The Crafty Cask. So, send us your samples for an opportunity to get your craft alcohol featured in our ongoing series of articles highlighting our team’s top picks that are truly craft and truly amazing!

END_OF_DOCUMENT_TOKEN_TO_BE_REPLACED 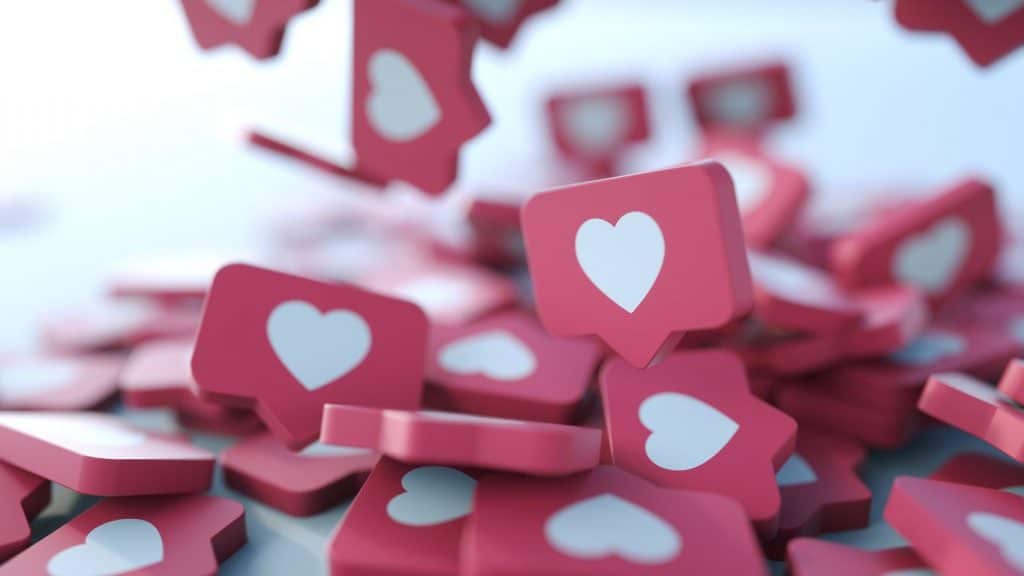 Looking for ways to boost your Instagram engagement? Try these 5 Instagram story games to get your audience talking.

END_OF_DOCUMENT_TOKEN_TO_BE_REPLACED 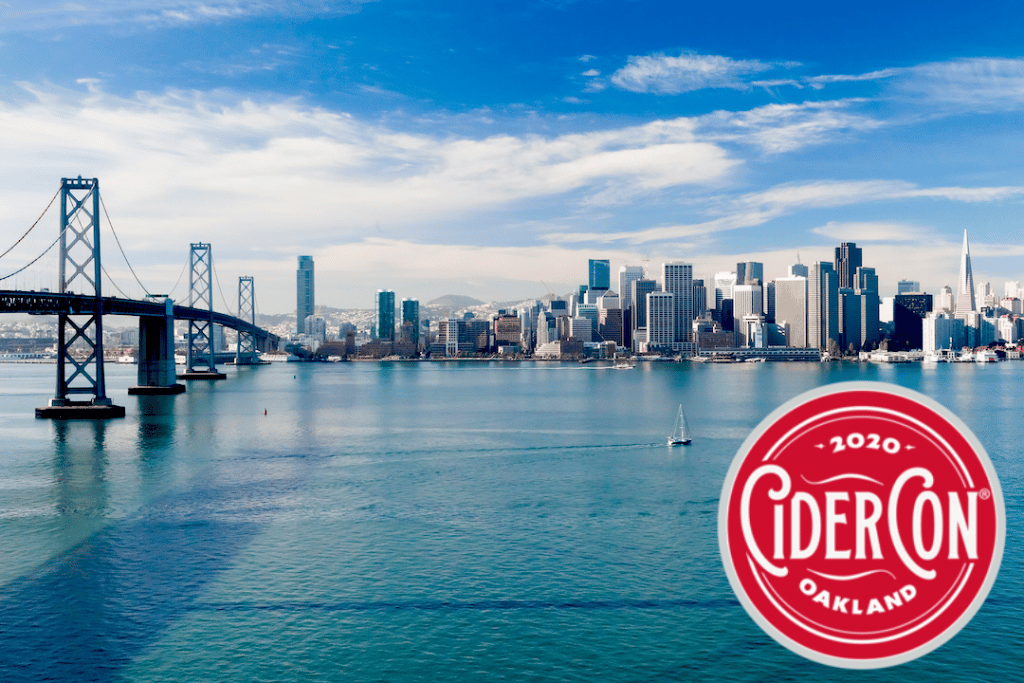 Join Us At CiderCon 2020 for Great Learning, Events, Free Marketing Tips, and More!

Join Us At CiderCon 2020 for Great Learning, Events, Free Marketing Tips, and More!

Gearing up for CiderCon 2020! Since it's here in Bay Area, we're sharing our favorites in San Francisco to make the most of your time here.